Jul 13,2022 Posted by Bundor valve
Whether the valve is installed well or not is related to whether it can be used normally and safely later, so the precautions when installing the valve must be paid attention to, so as not to cause future losses due to improper installation. Check the valve installation precautions. 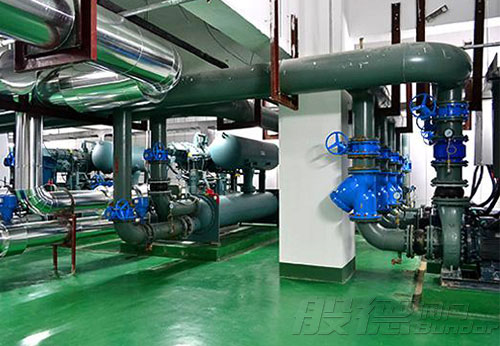 1. Clean the inner cavity and sealing surface during installation, check whether the packing is pressed tightly, and the connecting bolts are evenly tightened;
2. The valve should be installed according to the allowable working position, but attention should be paid to the convenience of maintenance and operation;
3. There should be a set of scientific and correct installation operation standards, and the sealing performance test should be carried out for maintenance, and detailed records should be made for inspection;
4. Valves should generally be positioned prior to pipeline installation. The piping should be natural, and the position should not be hard to pull, so as not to leave prestress;
5. Before positioning the cryogenic valve, the opening and closing test should be done in a cold state (such as in liquid argon) as far as possible, and it is required to be flexible without jamming;
6. The liquid valve should be configured so that the valve stem is at an inclination angle of 10° to the horizontal, so as to avoid the liquid flowing out along the valve stem and increase the cold loss; more importantly, it is necessary to prevent the liquid from touching the packing sealing surface, so that it becomes cold and loses its sealing effect causing leakage;
7. There should be elbows at the connection of the safety valve to avoid direct impact on the valve; In addition, it is necessary to ensure that the safety valve does not form frost to avoid failure during operation;
8. The installation of the globe valve should make the flow direction of the medium consistent with the marked arrow on the valve body, so that when the valve is closed, the pressure is applied to the cone at the top of the valve, and the packing is not loaded. However, for valves (such as heating valves) that are not frequently opened and closed but need to be strictly guaranteed not to leak in the closed state (such as heating valves), they can be consciously installed in reverse to make them tightly closed by means of medium pressure;
9. Large-sized gate valves and pneumatic control valves should be installed vertically, so as not to be biased to one side due to the large self-weight of the valve core, which will increase the mechanical wear between the valve core and the bushing causing leakage;
10. When tightening the compression screw, the valve should be in a slightly open state to avoid crushing the sealing surface of the valve top;
11. It is strictly forbidden to climb the valve stem as a scaffold during installation;
12. After all valves are installed in place, they should be opened and closed again. And they are qualified if they are flexible and not stuck;
13. The high-temperature valve above 200°C is at room temperature during installation. After normal use, the temperature rises and the bolt is thermally expanded which will cause the gap increasing, so it must be tightened again. It is called "thermal tightening". The operator should pay attention to this, otherwise leakage is easy to occur.

Precautions for valve use

What is a double eccentric butterfly valve