Manifestations and causes of valve leakage in power plants

Dec 06,2022 Posted by Bundor valve
1.Leakage of valve packing. During the operation of power plant valves, there will be a certain degree of transfer between the packing and the valve stem, or relative movement will be achieved under the action of force. Over time, the valve will become loose under the condition of continuous opening and closing, and the number of relative movements will increase accordingly.In addition, with the entry of external media and the constant change of temperature, the packing of the valve will leak out.Moreover, with the increase of the service life of the filler, aging will also occur, and the elasticity will gradually decrease due to the decrease of the reaction force, which increases the opportunity for the leakage of the internal filler. 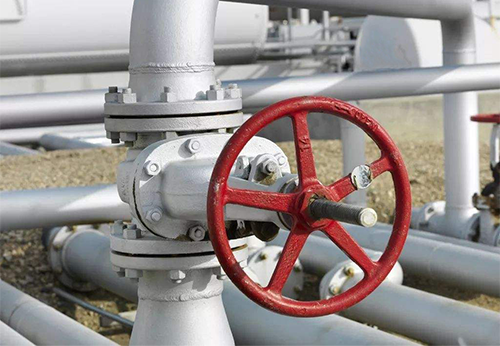 2.The valves in the power plant have been in operation for a long time under the condition of flange and bonnet leakage, and the continuity and firmness of the bolts will become worse, and then the surface will be rough.Once the external environment changes, the degree of leakage will also be significantly enhanced.At the same time, under the influence of external forces and other conditions, bolts will also stretch and deform, and some auxiliary parts will even crack and deform, which seriously affects the working efficiency of the valve.In addition, due to the mistakes of technicians and technical problems in valve installation, flange leakage is bound to occur, such as problems in flange fastening, poor symmetry in flange installation and unreasonable installation, which will affect the operating efficiency of the whole system.

3.In the process of operation of the power plant with valve body leakage, a large number of valves need to be used, and their positions are constantly changing.Once it is operated for a long time, it is bound to cause problems such as valve corrosion and flushing under the action of various media and external forces.In general, most of the valves used in power plants are directly manufactured and purchased by specialized manufacturers. Once the reputation of the selected manufacturer is in question, there will be leaks in the forging process, such as cracks, air holes and other defects in the valve, which will also increase the leakage rate of the valve, and then cause greater economic losses.