Dec 05,2022 Posted by Bundor valve
The main reasons for internal leakage are that the valve cannot be fully closed and the sealing surface is damaged during pipeline construction,according to the site construction, it is related to the following factors: 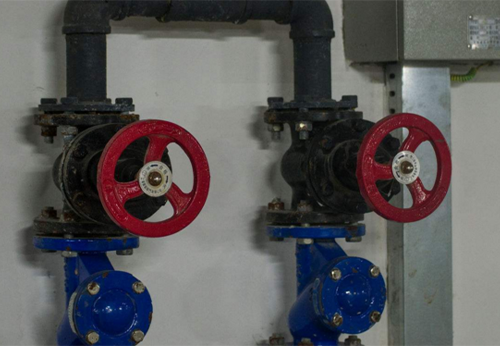 1.The entry inspection of valves is not strict, so that the problem valves enter the site.Before valve installation, pre mobilization inspection and valve test shall be carried out according to specification requirements.However, during the on-site acceptance, attention is often paid to check whether the product name, specification, model, identification and other technical parameters, as well as whether the inspection report and quality certificate are complete.Pay attention to appearance inspection, but ignore the manufacturing accuracy of valve seat, ball and disc, as well as the inspection of valve opening and closing, and ignore the defects of the valve itself.Once the pressure and leakage test of the valve before entering the site fails to meet the requirements of the standard specification, internal leakage will occur when the valve is put into use.

3.The quality control measures during the protection and installation of finished valve are not well implemented.

(1)Pipe plugging and valve protection are not in place.In the process of storage and transportation, the valve end is not effectively blocked, the end is not completely blocked during pipeline installation, and the cleanliness of the pipe is not controlled properly, which will lead to sand, iron chips and other hard debris entering the pipeline, causing damage to the sealing surface.Throw the valve at will during loading and unloading, or the valve cannot be closed tightly due to mechanical deformation caused by improper protection.As well as the failure to effectively open the valve when welding the valve, and the failure to take effective protective measures during the overall heat treatment of the pipe section where the valve is located, the sealing surface of the valve will be damaged due to thermal deformation.

(2)The quality control of valve installation is not in place.Improper operation such as excessive force on the handwheel of the valve before or after installation will cause the valve stem deformation and damage to the sealing surface, leading to internal leakage.In addition, for large gate valves and pneumatic control valves that need to be installed vertically, if the verticality requirements are ignored during installation, the sealing effect will be directly affected.The self weight of the valve core of this type of large valve is large. If the perpendicularity is not enough during installation, the wear of the valve core will be more serious than usual under repeated opening and closing, so that the expected sealing effect cannot be achieved.

In the process of purging the pipeline system, due to the inadequate opening and closing of the valve, hard debris will scratch the sealing surface under the action of high-pressure purging gas, resulting in poor sealing and internal leakage of the valve.

Overhaul and maintenance of check valve in power plant

Manifestations and causes of valve leakage in power plants